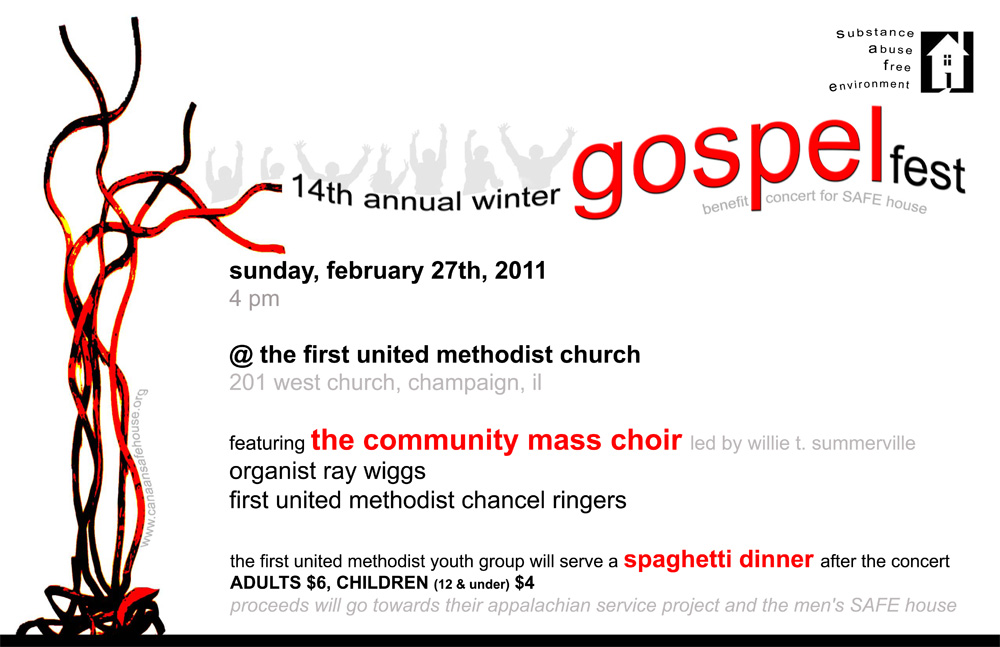 Founded in 1994, SAFE House is a 12 month residential ministry operated by Canaan Development Foundation.  It receives no public funding, and has depended upon the generosity of the Faith Based Community as well as other friends of SAFE House for its sole financial support.

This concert is one of two annual events to help raise funding for this transformational addictions ministry.

This year, the First United Methodist Chancel Ringers and First Methodist pipe organist Ray Wiggs will be featured along with the Community Mass Choir led by Willie T. Summerville, choral director at Canaan Baptist Church.  Members of the choir will come from several area churches. They will perform several anthems with Ray Wiggs accompanying.

Immediately after the concert at 5:30 p.m., the First United Methodist Youth Group will serve a spaghetti supper at the church.  Tickets are $6 for adults and $4 for children under 12.  Proceeds will go to their Appalachian Service Project and the Men’s SAFE House.

For anyone interested in singing in the choir and obtaining rehearsal information, please contact Mike Weber 356-5575 or Willie Summerville at 369-7404.